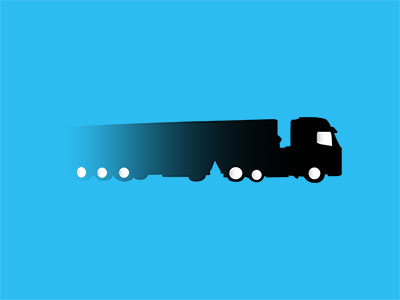 The Budget Statement is expected to deliver some troubling news for hauliers, in the form a 1p per litre (ppl) hike in diesel duty.

The Chancellor of the Exchequer is also said to be considering cutting petrol duty by the same amount.

While many believe this to be the latest move in the government’s long-running war on diesel, others see it as a transparent attempt at Christmastime money-snatching.

“This would be a thinly disguised tax grab using air quality issues as justification,” said Brian Madderson, chairman of the Petrol Retailers Association (PRA). “Along with other trade associations, we have repeatedly warned the Chancellor against such an economically regressive move because it will push up prices for consumer and businesses already suffering with inflation at a five-year high.

“To force this increase at a time when crude oil and worldwide wholesale costs are ramping up, is also at odds with the Government’s avowed aim of supporting the UK economy in the lead up to our formal exit from the EU in 2019.

“Does the Chancellor really want to hammer already hard-pressed consumers, damage the economy, and make us less competitive with our European neighbours?”

Is a Diesel Duty Hike Justified?

While concrete information has yet to be gleaned, it’s thought that some form of fuel levy will almost certainly be imposed. One alternative that’s floating around Number 9 involves implementing a £200 tax on new diesel car sales. This despite the well-publicized point that new models, whether diesel or petrol, have similar emissions levels.

Paul Hollick, Managing Director of mileage cost management specialist TMC, questioned the government’s logic: “Contrary to what the Chancellor may be being told, petrol vehicles are nowhere near closing the mpg gap to diesels in the real world.

“I would like to see the government produce convincing figures to show that today’s diesels contribute disproportionately to the problem,” he continued. “Or how hurting fleets, the biggest market for clean diesels, would have any effect on the number of older, dirtier diesels on the roads.”

The government’s view is holding sway, however. In October 2017, diesel vehicle sales dropped by 29.9% from the previous year.

Chancellor Philip Hammond believes raising taxes on diesel vehicles will help the government to meet the requirements set out in the Clean Air Plan. All in all, the diesel duty hike, and Hammond’s associated projects, is expected to net the Treasury around £800 million a year.

In other news, this is one of the busiest weeks of the year for hauliers and drivers. In an effort to curb traffic accidents in the run-up to Black Friday, DVSA has issued guidance for carrying out daily walk-around checks.