Following much speculation, the D4 medical requirement is to be suspended for up to a year, according to South Swindon MP Robert Buckland.

In a letter to one of his constituents, Buckland explained:

“I raised this issue with my government colleagues in the Department for Transport and their response was that ministers have agreed to suspend the requirement for a D4 for a period of time, likely up to a year. The DVLA will update their website to reflect, if they haven’t already.”

To this effect the DVLA has not updated its website, nor was there any official confirmation of Buckland’s assertion.

Large goods vehicle (LGV) drivers are required to undertake the D4 medical in order to become, and remain, eligible to drive for hire or reward. Since the UK government imposed the nationwide lockdown over two weeks ago, rumours on the subject of driver medical requirements have multiplied exponentially. Due to social distancing restrictions, it has become increasingly difficult for providers to open clinics; as a result,  many drivers have found it impossible to book a medical. On this matter, no governmental guidance has been forthcoming, and thousands of drivers have been waiting anxiously for official confirmation of their status.

Up to this point, drivers whose medical expiry falls within the period of lockdown have been hopeful that the rules would be relaxed, thereby allowing them to continue as professional drivers at least until the distancing restrictions are lifted. While not precisely confirming the government’s position, this statement by Robert Buckland will come as welcome relief to many in the industry, drivers and operators alike.

The situation requires continuous monitoring, and as soon as developments arise they will be reported i 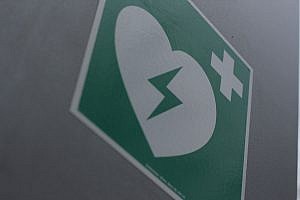